Name of the call for proposals: LIFE Climate / Information and Governance Program

In a building, heating, hot water production, lighting and the power supply of appliances consume energy and emit greenhouse gases (GHG). The solutions implemented to reduce these consumptions rely heavily on technologies: thermal renovation, regulation systems, development of renewable energies, energy storage… But, to be useful and efficient, they must be adapted and appropriated by the users.

Faced with this fact, the Université Catholique de Lille (Les Facultés and Yncréa Hauts-de-France), the social landlord “Lille Métropole Habitat” and the City of Lille, are encouraging a local dynamic involving users of tertiary, university and residential buildings. Deployed in more than 350 buildings, this project expects to reduce fluid consumption by 9% in three years.

MaPerEn aims to design collaborative tools for energy performance management and to focus on cooperation to encourage building users to reduce energy consumption. 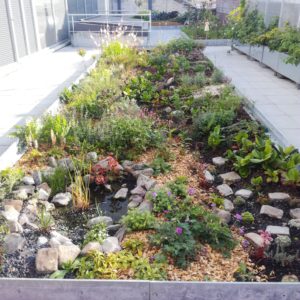 According to the UN, our planet will host 9.8 billion people in 2050 and 11.2 billion in 2100! By 2050, about 70% of the world’s population will be urban. For decades, urban spread has been putting a strain on urban food supply systems, soil and air quality. Land is becoming increasingly scarce, and agricultural land is disappearing in favor of this urban expansion. In addition, energy consumption and its consequences in terms of CO2 production and waste are constantly increasing and contributing to the discomfort caused by climate change.

In parallel to this phenomenon of “colonization” of cities, the need for “nature” in the city is being felt. Indeed, nature has multiple socio-environmental roles: a space for pleasure and well-being; protection against noise; a carbon sink and the fight against atmospheric pollution: plants absorb CO2 from the air to produce their organic matter via photosynthesis and release oxygen which contributes to the purification of the atmosphere. This also contributes to the reduction of greenhouse gas emissions; fight against the urban heat island effect: cooling of the air by the evapotranspiration function of plants; absorption of rainwater: the soil of green spaces allows to keep rainwater which guarantees the protection of the soils in the city and favors the recharging of the water tables; protection of biodiversity.

It is in this context that the roof of the HangArt Créatif has become an object of reflection and future responses to a resilient city.

Our wish is to create an innovative ecosystem dedicated to urban agriculture on the campus and in the Vauban-Esquermes district.

How can we do this?

Setting up urban cultures on a campus roof:

Establishment of a flowery meadow;

Setting up a collective approach to experimenting with urban culture:

Setting up a research project:

Study of soil functionality and faunal diversity in comparison with the ground-based vegetable garden. In an important context of renaturation of urban spaces, the diversity of species is indicative of this evolution. The soil fauna serves as prey for species that are more appreciated or better known to city dwellers, such as birds and certain mammals, especially during the winter period of low plant production.

The study model > Collembola: these are hexapod arthropods that are abundant in the soil and, along with the rest of the mesofauna and macrofauna, are responsible for humus production. The low dispersal capacity of most springtails is a favorable factor for monitoring the possibility of maintaining populations in a restricted environment. A study of the community composition gives a good indication of the quality of the environment, not only in its capacity to host this particular fauna, but also in its ability to ensure the main functions of the ecosystem. Indeed, springtails are an essential link in the functioning of a soil: they participate in the fragmentation of raw organic matter, are factors of dispersion of soil microorganisms and are prey for soil macrofauna. The objective of the study will be to compare, on the basis of the species lists obtained, the populations of springtails of the different sites inventoried on the roof and on the ground. The difference in their proportions will provide information on the functionality of the soil. The dispersal and arrival capacity of these animals on rooftop soils will also be studied. 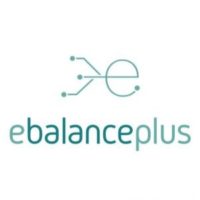 Name of the call for proposals: Horizon2020 Research and Innovation Program

The aim of the project is to increase the flexibility of energy networks, to test new business models and to support important stakeholders with tailor-made end-user interfaces. It will test a variety of solutions at four real demonstration sites located in Spain, Italy, France and Denmark. Additional laboratory testing will address safety issues.

Another special feature of ebalanceplus is its social and market orientation.

From the outset, the project will take into account people’s needs and concerns in terms of innovation and smart grids. This increases the chances of the market adopting the technology.

The project work plan covers a 4-year period and involves 15 partners from 10 countries. All project activities and results are divided into 9 work packages, dealing with research, analysis, evaluation and exploitation to achieve future replicability.

Name of the call for proposals: “Programme d’Investissement d’Avenir” Investment Program for the Future

Acronym: So Mel So Connected

So Mel So Connected works in an innovative way on the elaboration of business models and cost-benefit analysis of the experimentation sites. The results will guarantee the development and the industrialization on a large scale of the technologies and/or services that will have been deployed on the project. The different use cases on self-consumption solutions for photovoltaic, on the deployment of Electric Vehicle Charging Infrastructures or the electrical flexibility in the wastewater system could be replicated in all French, European or international cities. The members of the consortium will participate in the development and the perspective of the demonstrators in order to allow their deployment in other territories. This phase will be accompanied by a significant popularization of the topic of smart grids among companies and the general public.

Name of the call for proposals: MODEVAL – URBA

The objective of the IUPI project is to study urban interstices. These interstices present a very diverse typology and, after having mapped and referenced them, we will focus our study on interstices that must meet the common criterion of a small space (<3000m²) placed between two built spaces. The majority of studies in sociology concern the appreciation or perception of these spaces by city dwellers, or their appropriation by groups of gardeners or artists. The questioning relating to the ecological interests of these small urban spaces is less developed in the literature. There are too few interdisciplinary studies addressing simultaneously the issues of biodiversity development and their perception by city dwellers. This insufficiency hinders the possibility of making meaningful assertions and of generalizing the results at different scales or in different cities.

Name of the call for proposals: I-SITE ULNE Project

The APACHES project is aimed at proposing a structuring pedagogical method and tools to assist the different actors (e.g. teacher, student, supervisor, PhD student) in their human-centered project-based pedagogy in computer science. In this context, APACHES tries to answer the following questions: How to transform the pedagogical framework of these actors to make it adequate to this type of teaching? How to identify and evaluate the interdisciplinary project skills mobilized and acquired by students/doctoral candidates? And in this context, how and why should Learning Analytics tools be mobilized? APACHES is based on two methods already used in many institutions, ALPES (“Approches agiLes Pour l’Enseignement Supérieur”) a project-based pedagogical approach and THEDRE (Traceable Human Experiment Desing) which proposes a method for conducting Human Centered Computer Science Research.

Name of the call for proposals: Bonus H

The ECOPHIP team has shown in 2007 that the Cryptosporidium parasite is able to induce the development of digestive cancerous lesions in immunocompromised mice. The proposed project aims at identifying the proteins potentially involved in the transformation of host cells by this parasite, by comparing the expression profiles of RNA extracted from cells infected and not infected by the parasite.

This project, which has an obvious major impact on public health, will represent a significant advance in the understanding of the mechanisms of cancer induction by parasites and in particular by Cryptosporidium.

Name of the call for proposals: Internal financing of GHICL-2018

Funder: Group of hospitals of the Lille Catholic University

Project name: Crypto-K : Involvement of the protozoan Cryptosporidium in the induction of colorectal cancer in humans

The ECOPHIP team showed in 2007 that the Cryptosporidium parasite is able to induce the development of digestive cancerous lesions in immunocompromised mice. The question that arose was whether this was also possible in humans.  Therefore, in this project, we decided to study and compare the prevalence of the parasite in colonic tissues of patients with and without colonic cancer. In addition, this study will also take into account the immune status of the patients, the type of associated lesions and finally the species of Cryptosporidium identified.

Name of the call for proposals: Scientific cooperation

Funder: Embassy of France in Vietnam

Infections due to intestinal protozoa (unicellular eukaryotes) affect hundreds of millions of people per year and remain one of the main causes of morbidity, malnutrition and mortality in the world. Their main mode of transmission is the fecal-oral route, particularly through the consumption of contaminated water. Thus, their prevalence in the human population is mainly related to the fecal peril and therefore, developing countries are the most concerned by these parasitoses. However, this risk has increased in developed countries, especially due to migration flows. This project will focus on the study of infections with the enteric parasites Blastocystis and Cryptosporidium, responsible for gastrointestinal infections and for which little data is available in Vietnam. Indeed, these two parasites are identified in many groups of animals and have a strong zoonotic potential (transmission from animals to humans). However, despite their potential major impact on public health, they are still poorly known and generally neglected by health authorities, with few or no effective treatments.